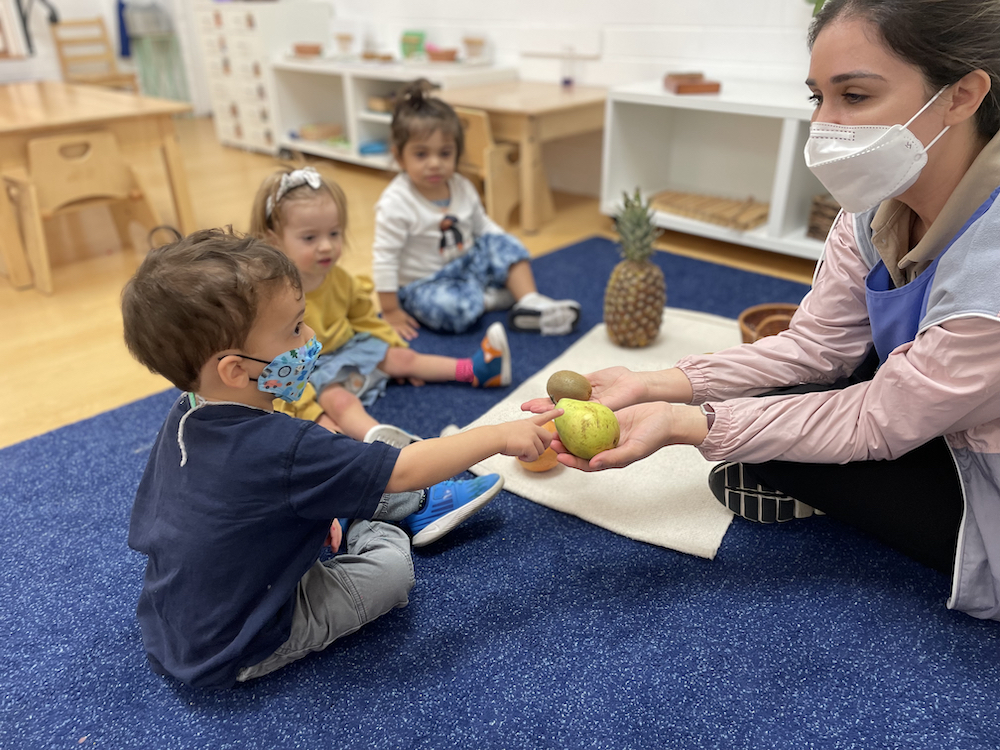 The Benefits of Multi-Age Classrooms

Our dual language immersion begins early. During each toddlers’ school day, two teachers present identical lessons to our preschoolers. In the morning, our English teacher will inaugurate the day’s topic—for example, common words and numbers.

Later that day or the next morning, our Spanish teacher will recite the same topic—same words, numbers, everything but only in Spanish. And that is how it starts.

From ‘A Dog and Two Cats’ to Complete Sentences

Students begin their dual language immersion journey by learning words and numbers in both languages. Then, reinforced by looking at signs throughout the classroom with English/Spanish pictures, words and numbers…dog, cat, apple, carrots, one, two, three, four, mother, father and so on.

Immediately, your student will begin building verbal connections. Later at home, your child will describe objects and things in both languages and you’ll engage in ‘call and response.’ Together, you’ll see and say each one. Ten vocabulary words become 100 before too long…and who knows, maybe you’re learning Spanish, too!

Q: Why teach language when children are so young?

A: First, children absorb everything! They are like sponges. Remember, infants enter the world knowing nothing. But, within 10-14 months, they’ll begin understanding the meanings of things–in any of dozens of languages.

Second, language acts as a neurostimulator, a sort of jolt into the superhighway of the human brain that makes ALL learning easier. More stimulation means more ability to understand. Even in different subjects!

Finally, research from the Marian and Shook investigation made in 2012 shows that bilingual learners retain strong brain wave functions even in their declining years.  Various studies from the Alzheimers Society provide evidence that bilingual Alzheimer’s patients suffered less mental decay than monolinguals.

By Kindergarten graduation, your child is starting to read and exhibits:

Continuing dual language immersion throughout the preschool years and into elementary school will give your child the tools to ultimately converse and discourse with 40% of America’s future citizens.

The WORLD speaks English; our kids must learn Spanish to be competitive. Besides, from Canada to Mexico and all across the European continent, 60% of adults speak at LEAST two languages; and 40% speak three.

Creating and building upon your child’s Spanish and English language skills throughout the La Jolla Montessori Preschool years means that your student will enter Montessori elementary school with a significant learning edge. And preparing for tomorrow’s business needs starts with more thinking now.

Today, as we prepare our children academically, socially and emotionally to manage and lead tomorrow’s ultra-competitive global economy: ‘to get a good job, get the best education.’

Consider ‘the quest to be best’ by joining us and the dual language immersion program at the independent learning center at La Jolla Montessori School.

La Jolla Montessori School is located one stoplight west from the I-5 at La Jolla Village Drive intersection at 8745 La Jolla Scenic Drive. For more information and to schedule a tour, please visit: https://lajollamontessorischool.com/.