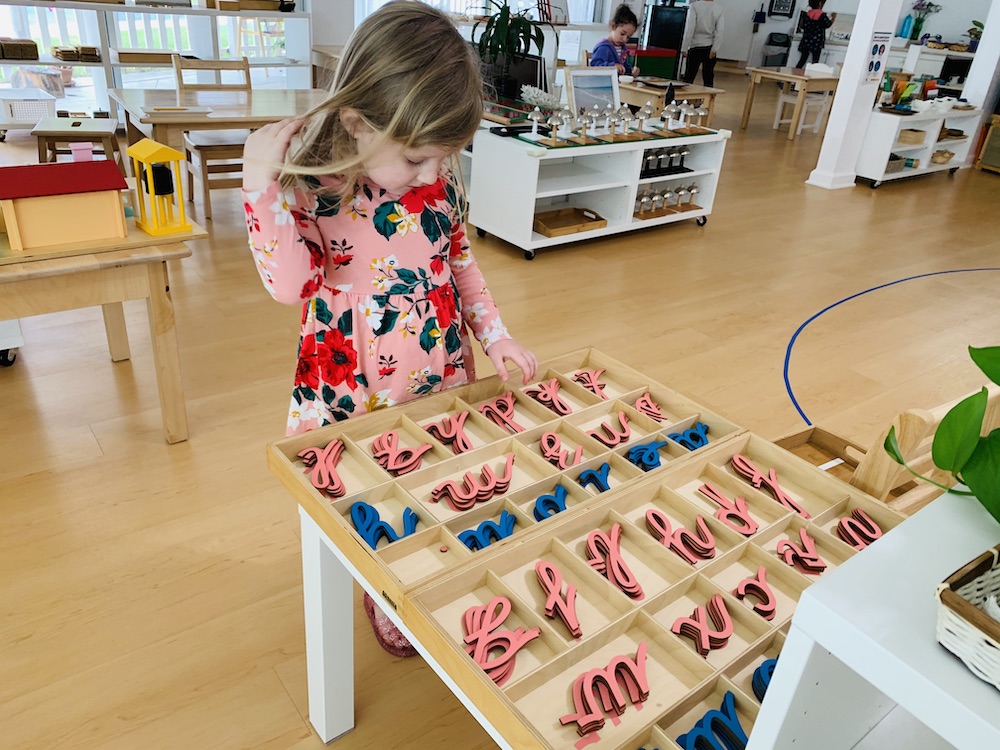 The Importance Of Bilingualism In Early Childhood Learning

Building Toddler Independence in Your Child!

Studies have shown that it is far easier to learn a second language when you’re younger and the mind can better manage multiple neural pathways to the brain. Bilingualism in Early Childhood Learning, which takes place during the three to five year-old time frame, will help our children prepare for Workforce 2040 as they finish college and enter an America with diverse people.

When the Fall term begins August 31, all La Jolla Montessori School students will begin an English/Spanish immersion program designed to create fluency by the end of Kindergarten.

Beginning at 18 months of age, every weekday our La Jolla Montessori teachers tell stories and sing songs in Spanish and then English. Two teachers—one speaking English and one speaking Spanish–start with new words and language materials.

Often, language vocabulary baskets with types of fruits and animals. This ‘Introduction to Vocabulary’ for toddlers helps put the simplest of words together in two languages. Your home will never be the same as one word for ‘bread’ becomes two!

Each day, the Spanish head teacher speaks and sings exclusively in Spanish so students are immersed in picking up the new language. At the same time, the English head teacher speaks English only throughout the day. Together, the Montessori Method achieves a quick result: vocabulary learning in two tongues that stimulates neural brain pathways better than just one language.

In other words, everything they learn in English, they then learn in Spanish. Since older and ‘language strong’ students often teach younger students, these daily bilingual language skills are supplemented by Montessori age-range peer learning.

Bilingualism in early childhood—the two most spoken languages—is a major benefit why you should consider our bilingual preschool, for your child. By the time they enter elementary school, your children will have the ability to create a wide circle of friends. And, with continued instruction, your children will be ready to lead and manage others as they work for tomorrow’s top firms.